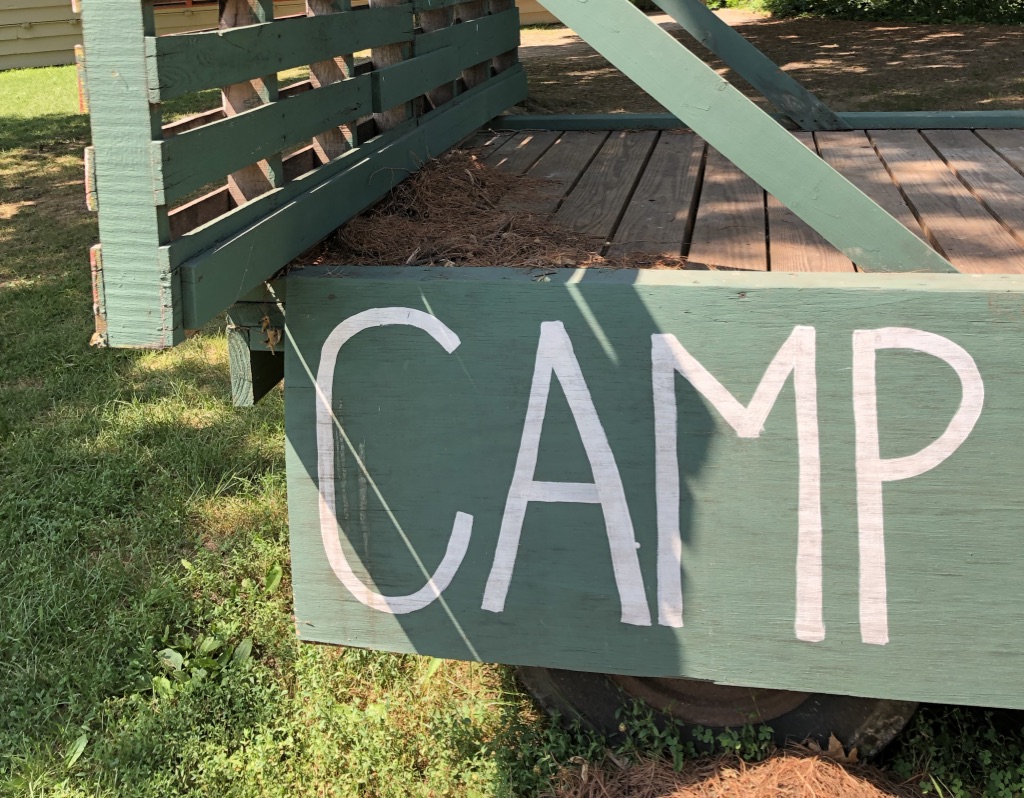 The first thing I saw when I got down to the cabins in the woods was two wild looking boys having a piggy back ride. The one of top was my son, and he yelled, “It’s my Mom, run away quick!” Next, another wild boy walked out of his cabin, took one look at me, and ran back into his cabin. He was my other son.

The kids waiting for their parents looked happy, and cleaner than I expected. All my worries that my kids had been miserable all week at sleep away camp evaporated. They were hiding from me because they didn’t want to leave.

After I eventually did find them, we took pictures with their friends and said goodbyes. While we waited in line a the camp store, the boys started telling me what they had learned.

What they learned about food at camp.

What they learned about bugs at camp.

Tips on sleep and hygiene at camp.

Camp is so much fun, there is no time for homesickness.

What Mom learned from our first week of sleep away camp.

In my first post about Why I Sent My Kids to Summer Camp, I shared that I was surprised by how anxious I felt as we were leaving the kids. When I signed them up for camp, it was because I knew they were ready. I had enjoyed my own summer camp experiences and wanted my kids to have that too. And all the research on how good camp is for kids confirmed my plan.

So it was a major surprise to realize the anxiety did not get better. I missed my boys like crazy and counted down the days until I could pick them up. Each night, I even had nightmares about how they were doing. This made me realize that letting go was as hard as people said it was, and that was exactly why it was so important to send the kids to summer camp.

Seeing them happy and dirty and wild when I picked them up, confident in their friends and fun, was the best thing I learned from summer camp.