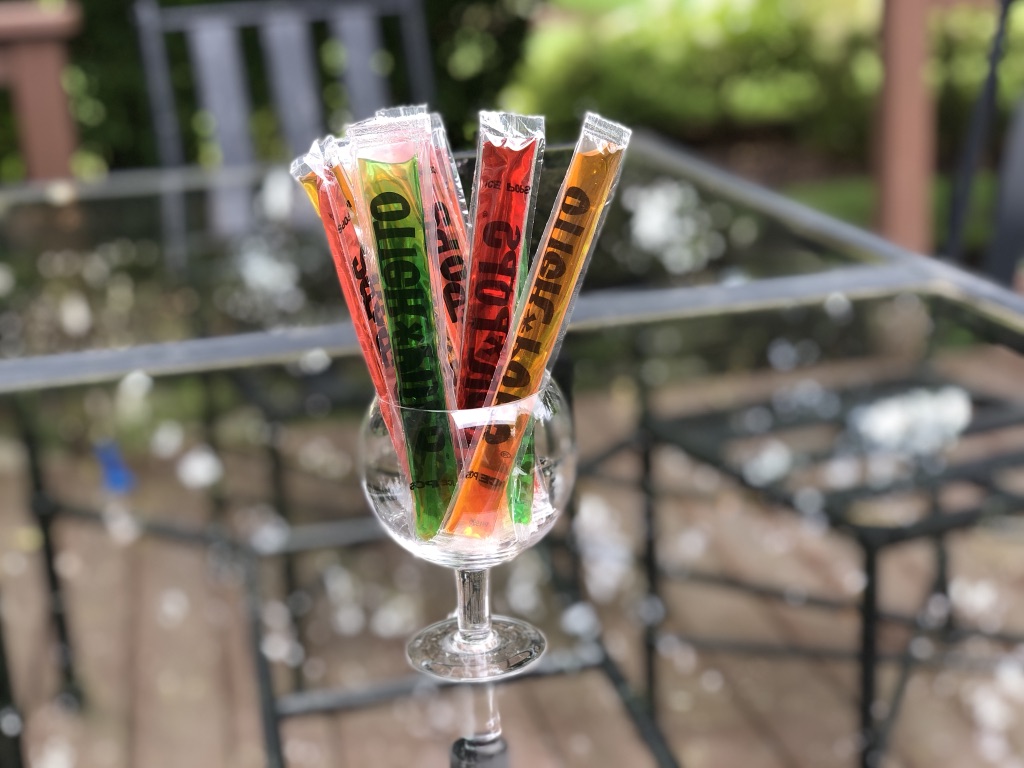 Our family really needed a fitness reboot. The past school year had been challenging; we’d had a sequence of wonderful college students to watch our kids, but their class schedules kept changing. The turnover led to a situation where we could not sign the kids up for sports… and we needed a little nutritional and fitness tune-up.

Just when I was getting our summer health plan in place, my son asked about the otter pops. This had been a tradition over the past two summers. We’d keep otter pops in the freezer as a low calorie treat, but the kids had a way of eating 10-15 of them at a time if I didn’t watch. And they had discovered that you could cut open the little liquid tubes, and create disgusting sugary drinks by mixing them all together. I explained that this year, we were going to wait till August. He accepted it better than I expected.

June and July passed and the kids got into really great shape. With swim team, ultimate ninja camps, fencing camp, and outdoor sleep away camp, we’d reached our goal. But now it was August, and that meant I needed to keep my promise.

Part of my master plan involved the fact that August meant the time before school starts, and that meant only a couple of weeks of otter pops. Still, I realized that I was going to need to help the kids have some kind of self-control about it. So I decided to keep the box of otter pops in my car, and put two for each kid in the freezer the night before. That way the kids would not be constantly bugging me and asking me if they could have another otter pop. Instead of endless, small conflicts all day long, they would be able to choose when they wanted to eat their two otter pops.

This was supposed to be a way to give them treats without going overboard. But I had no idea what a valuable learning experience this would be for my kids.

My son teaches me about self control.

One morning, my son came up to me. “Mom, I feel really dumb.” I went on Mom alert; this could be an important emotional moment. He didn’t sound upset though. “I ate both of my otter pops in the morning, just like I did yesterday. Why can’t I learn to save them for later in the day? I want to enjoy them and have something to look forward to.” Listening reflectively, I repeated his main points and told him I thought that might be a really good idea. As a child, I used to save up my candy for later, and it was nice to be able to enjoy it for longer.

That’s when I realized that the otter pops had become a way for the kids to learn self control. Even better, my son had figured this out for himself. We all know that there are times when you have to put off fun in order to do the things that you need to do. So I was delighted to realize that without intentionally planning it, I had created an opportunity for my son to work on problems like this.

Wouldn’t it be great if I could share that my son actually did manage to control himself with the otter pops and became a model of self-discipline? He didn’t. Instead, he tried for a while and eventually confessed to me after a week that he just couldn’t control himself. “The otter pops are just so good, Mom, I just can’t keep myself from eating them,” he concluded.

Okay, so maybe he didn’t achieve the self-control I was hoping for. At least he learned a lesson so many of us have to the hard way: our powerlessness before the addictive power of sugar. Because I can’t control myself in the face of my favorite sweets either. The only strategy I’ve ever found effective is not bringing them into the house.

Do you have questions for Dr. Alison? She might have answered them in her blog, or in her column for Psychology Today. Or, you can join our community of parents on facebook and explore Should-Free Parenting with us. Learn more about how to really use the 3S method by watching Dr. Alison’s TEDx talk: