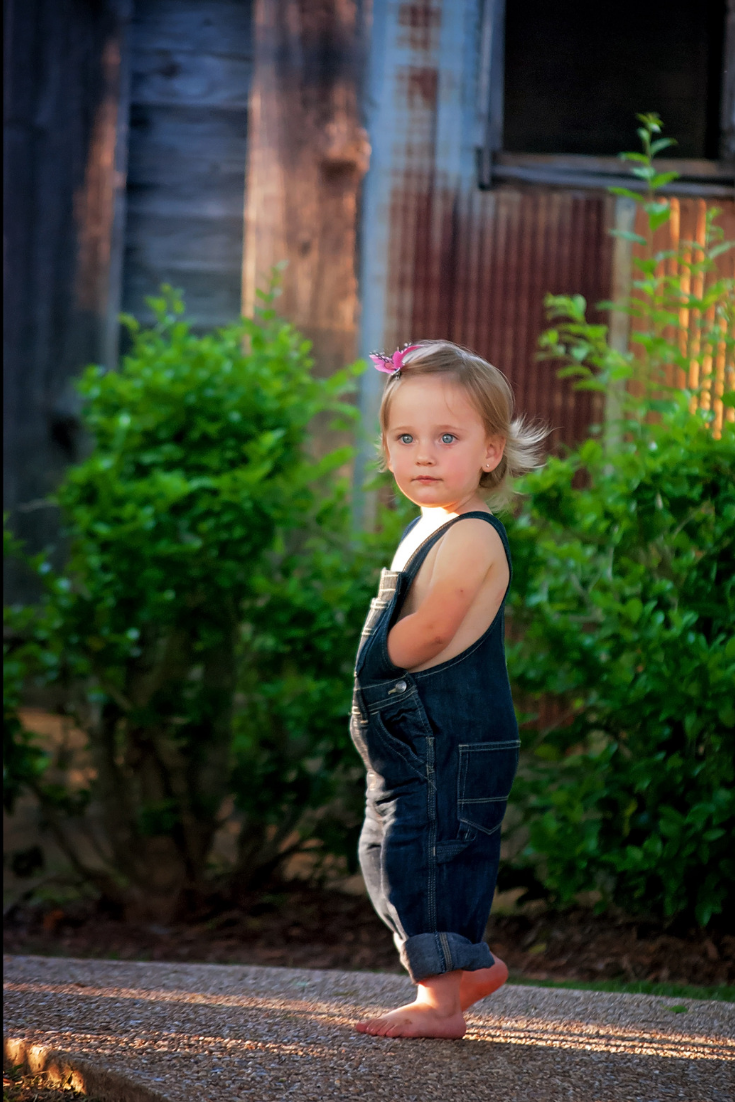 “How do I stay close to my daughter?” wrote a worried father. He shared with me how much he loves his 16 month old toddler. To care for her and provide for his family, he commutes an hour and a half each way to and from work every day. But when he arrives home from work, eager to see her, this toddler keeps rejecting her father.

When he gets home, she wants nothing to do with him. This really hurts him. At first he wondered if she didn’t like him. It seemed like his toddler was rejecting her father. Then he thought this might have to do with the way she’s been really into her mom lately. “I thought maybe it was separation anxiety,” he wrote.

He learned that if he didn’t make a big deal about getting home and wanting a hug, she did better. When he waits until she comes to him, it goes a lot better. “It’s gotten better than it was,” he wrote, “ but still Mondays and Tuesdays are really hard.” That makes sense, because those are the first days of the week, which means the first days of the separation from his daughter. “So…how do I stay close to my daughter?”

I wondered if this father felt rejected by his daughter. I’d imagine that he does, and I would like to reassure him that this behavior is not an indication of dislike. Rather, his daughter is showing that she really missed him and doesn’t like the long separations. That’s why she acts stand-offish: it’s hard for her to deal with her Dad because her feelings are so intense.

In this exchange I noticed two things. First, I observed how much this Father loves his daughter. It’s hard to minimize how much it hurts for parents when we spend all our time wanting to get home to our little ones, only to find they don’t want to connect with us.

Second, I considered how often I’ve heard this story. This is a common experience for parents when they’re separated from their children. Is this toddler rejecting her father? Is this toddler being mean to her Dad? Children often act dismissive toward us when we just want to be with them during that time when we first get back together. It is one of the big drivers of guilt in parents, especially mothers, who work. Their child’s reaction convinces them of all they feared: that being away from their kids to work is letting them down.

Working to provide for the family is not letting our kids down. Neither is taking a couple hours to go to the gym and annoying your little one by putting them in the kids playroom. Consider that these separations are valuable practice for our children. They are a chance for our kids to try managing for themselves for a while, in the safe and caring environments where we leave them. Pediatricians observe repeatedly that children who are never away from their parents actually have a much harder time with separation anxiety than those who get to practice here and there.

How do I stay close to my daughter? A Fun Trick for Stand-Offish Kids

Beyond just understanding what’s going on with his daughter, and the wisdom of giving her a minute to warm up, I have one more trick up my sleeve. This is a little method I’ve used for many years with shy children in my office.

All too often, when I walk into an exam room, young children suddenly stop playing and run to their parents. “Go say Hi to the doctor,” their parents say. The child’s body language is screaming, “No way, no how!” Sometimes parents actually try to push their kids toward me, but I suggest they wait and explain why it’s a good thing that their child has decided to check me out before they trust me. I may be well known to their parents, but with three to six months between visits, I am a relative stranger to their kids.

So, what do I do with a shy kid? I flip it. I act shy. I don’t try to get them interested in me, or even wait until they get interested. I turn it into a game.

I pretend that I’m scared of them. I start to hide behind my computer screen, or under my desk saying “Oh no, don’t look at me.”

Or I’ll play peekaboo. I’ll say, “Oh, no, don’t, don’t give me a hug.” And before you know it, we’ve got giggles, we’ve got smiles and we’ve got interest.

You can try this trick with your little one, but remember that even if it doesn’t work, they act this way because they care so much about us. It’s not because we don’t matter, but because they missed us.

Have you ever wished for a group of parents where you could really let down your hair and admit how rough parenting is? Particularly a group interested in growing into the best parents for their kids? Check out Should-Free Parenting, our facebook group. Or find out about the Parenting “ShouldStorm” by watching my TEDx talk.

8 thoughts on “A Toddler Dismisses Her Dad”