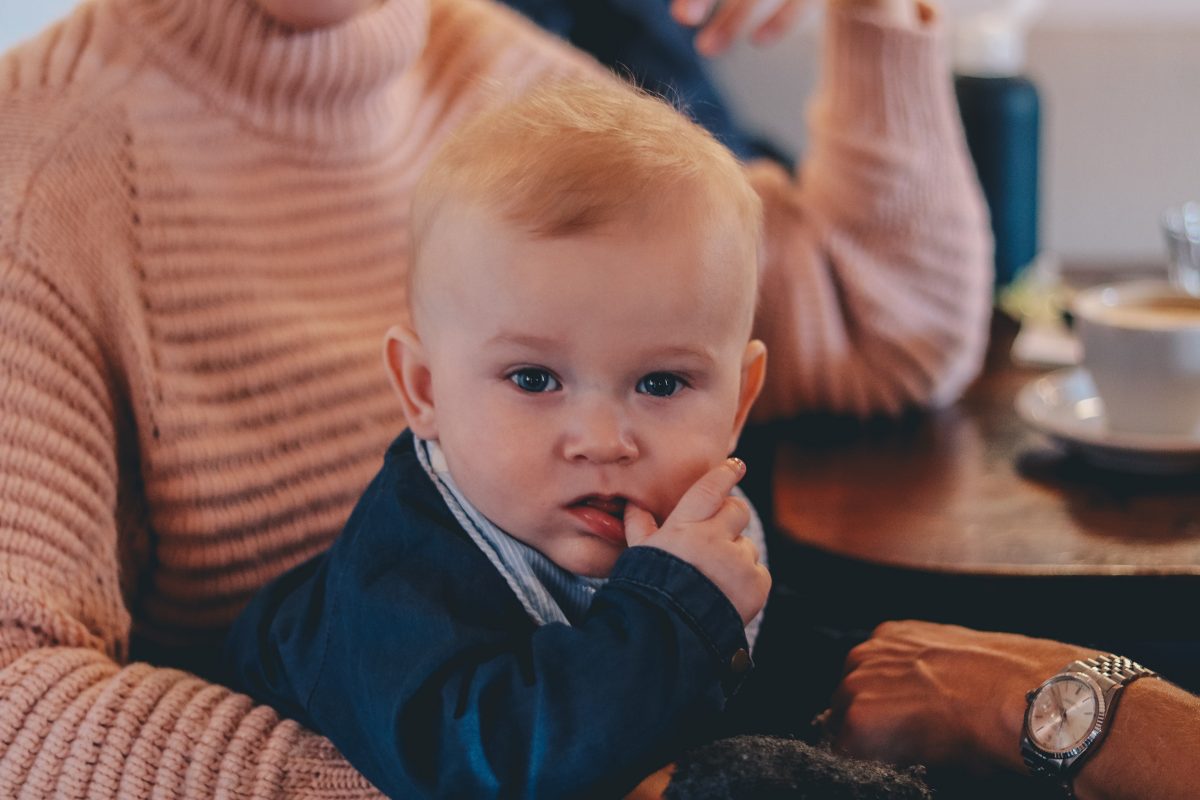 Zach’s mom was at her wit’s end. Even after three months of trying, she could not leave Zach alone in the room with his father for even a moment without Zach crying. During the coronavirus pandemic, she’d been alone with Zach most of the time, and her husband’s demanding job kept him from spending much time with them. But he wanted to play with his fifteen-month-old son, and she wanted five minutes to herself. Due to Zach’s crying, his mom couldn’t even get that.

It is normal for kids to be attached to their mothers in the toddler years, but that attachment often comes with separation anxiety. Some kids are so attached, that they won’t even go to other trusted family members without their mothers in the room. This can happen under normal circumstances, but the problem seems more intense for families during the pandemic.

Separation anxiety is a normal part of development in young kids. It’s typically stronger in kids who have a parent who stays home with them. Kids who go to daycare get more practice separating from their parents and tend to show less intense separation anxiety. But during normal times even kids with a stay-at-home caregiver go grocery shopping, or to storytime at the library.

During the coronavirus pandemic, kids have stayed home more than ever. And right now, in many parts of the U.S. where it’s cold outside and the COVID-19 cases are peaking, kids aren’t leaving their homes at all. That means they aren’t getting any practice at all with people outside their families, or with separating from their parents.

All of this adds up to kids like Zach who can’t leave their mothers for even a moment. Even worse, our culture of criticism and parenting perfectionism that I call the ShouldStorm tells parents that their child should be able to play alone with Dad. The ShouldStorm suggests that there might be something wrong with Zach, or with his parents.

What to do about a clinging child

But the good news is that Zach’s mom can do something about it. And it helps to use the Sigh, See & Start method I developed to combat the ShouldStorm.

Step One: Zach’s parents need to sigh. Once they take a deep breath, they can try to understand that his behavior is normal at this age. In fact, it’s common well into the preschool years when kids don’t practice separating from parents. So there is nothing wrong with their child, he just needs practice.

Step Two: Zach’s parents can try to see what’s going on with themselves and the situation. Because families co-regulate with each other, if parents are upset about their child’s behavior, everyone’s stress level up-regulates. His parents need to see what is keeping them stuck in this situation.

Often parents find that they cannot tolerate their child’s crying. Perhaps one of them can’t stand his crying and jumps in to comfort him (or insists that mom does it.) Or maybe they legitimately think Zach’s crying will harm him. A lot of ShouldStorm parenting advice incorrectly suggests that his crying might be a sign that Zach is being traumatized.

Or Zach’s parents might see that they feel rejected. The parent who spends less time with the child can feel deeply hurt and rejected by their child’s unwillingness to go to them or be left alone with them. When parents feel that way, they can become anxious about interacting with their child or begin to avoid them.

Finally, Zach’s mom might see that she is feeling overwhelmed and burnt out. When we become overstimulated by a constantly clinging child, we often feel ambivalent toward them. We love them and they are driving us crazy. This leads us to a sort of push-me pull-you emotional dance with the child, and they sense us trying to get away from them. But if they cry hard enough then we give them extra attention, which makes them even less likely to give us space.

So Zach’s parents can start practicing. It turns out that they had already been doing this. Zach’s mom had gradually moved farther and farther away from Zach when he was with his Dad. It used to be that Zach would not even go to his father, but now he would play with his father while his mother was all the way across the room. But because he would cry if she left, she did not recognize how much progress they had actually made.

Next, she could start sitting in the doorway of the room while Zach and his Dad played. And then she could start standing just outside the doorway and speak or sing to herself so Zach could here she was still there even when he couldn’t see her. Zach’s Dad could start distracting him and staying calm and confident even if Zach got upset. If Zach’s parents start believing and communicating that he can do this, the little guy is more likely to believe it himself. Finally, Zach’s mom could try leaving altogether for five minutes at a time.

If Zach started crying, she could remember what her friend told her about when her own child behaved this way. That mother had also been distressed until she discovered that her child stopped crying after about 2 minutes when she left her alone with Dad.

Would you like to parent with less anxiety? Sign up for my free email course and learn the pediatrician’s method that will transform your home.